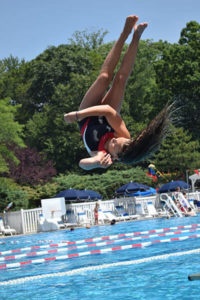 The Dive Team is in Division I of the Fairfield County Swim League. Diving is an integral part of the FCSL swimming competition and is usually the first part of any dual meet. Points awarded to divers are tallied and carried forward to the swimming part of the meet. However, diving counts as only one event for a meet, and, as children are allowed to compete in three events per meet, they may compete in both swimming and diving. 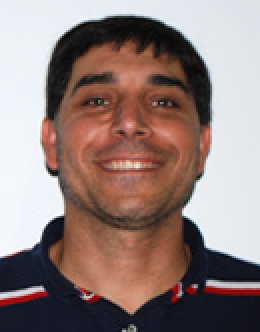 Joseph J. Somma is the head coach of the Whirlwind Diving team at the New Canaan YMCA. He founded the team in 1997. Joe grew up diving at Newfield Swim & Tennis Club, was a high school All-American stand-out at Stamford High School, and went on to Clemson University, where he lettered in diving for four years and was a four-time NCAA zone qualifier, an All-American candidate, an All Atlantic Coast Conference champion, and a team captain. Joe brings a wealth of experience to the team as he completes his 22nd year of coaching. Joe was awarded the Robert Moss Award in 2001, for his numerous contributions to diving. He is a lifetime member of USA Diving, and is the Junior Olympic representative for the state of Connecticut for this organization. During his time at the New Canaan Y, Joe has also coached many top divers including four JO champions and three Team USA representatives that competed at meets such as the British Elite Championships and the Canadian/American Challenge, and one member of the Junior Elite Program. His teams have included over 50 High School All Americans.

Private lessons may be arranged at a convenient time to diver and coach.  Lessons are $30.00 for the first half-hour.